Since the Seed Enterprise Investment Scheme (SEIS) was launched in 2012-13, over £1 billion of funds have been invested in more than 12,900 early-stage companies. And whilst the figures for EIS investments show a downturn in 2017/18, the amounts being raised under SEIS do not. So it’s well worth reminding ourselves why SEIS remains good for investors and for early-stage businesses.

Let’s start with the tax reliefs. Under SEIS, an investor who invests £1,000 can claim back £500 in income tax relief and up to £140 in capital gains tax relief. Making the true cost of the investment £360. Not bad for starters. 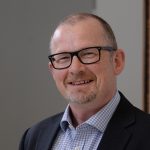 But early-stage companies are very high risk, you might say. Which is absolutely true. However, don’t forget that if our £1,000 SEIS investment becomes worthless, our investor can then claim loss relief, against income tax, of up to a further £225. Bringing the actual loss down to £135. Not great (a loss is a loss), but a lot better than losing the whole £1,000. And bear in mind that a similar investment under EIS would result in an actual loss (after tax reliefs) of at least £385 – almost three times the “real” loss under SEIS.

Notwithstanding the tax reliefs, investors might still be put off by the risk profile of SEIS, and prefer to stick to the “safer” option of investing in more mature businesses under EIS. But is that such an obvious decision?

The recent risk to capital changes mean EIS investors are now taking greater risks than would have been the case previously. The risk profile of SEIS remains pretty much unchanged, given that SEIS has always been limited to businesses less than two years old and which, in most cases, would lack any kind of asset backing.

The attractions for investors in such funds are obvious. Risk can be spread across a number of companies and sectors. Fund managers bring a rigour and professionalism to the selection of businesses for investment, and will then lend support, business acumen, and useful contacts, to help those businesses survive and grow.

Hybrid SEIS/EIS funds may offer particular benefits. Almost all early stage businesses will wither, and ultimately fail, without access to further rounds of funding to boost growth and development. A hybrid fund provides a ready-made source of follow-on funding, and gives investors the ability to follow their money under EIS. And by “incubating” their own pipeline of EIS investments by investing smaller amounts of early stage capital under SEIS, these funds offer investors the chance to follow on into businesses that are already familiar to both fund manager and fund investors.

So in the context of greater tax reliefs, better loss protection, increased risk profile for other tax-relieved investment schemes, and increasing numbers of hybrid SEIS/EIS funds, we see an environment in which SEIS should, like the businesses it helps support, be well placed to grow and prosper.

This article was first published in the Enterprise Investment Scheme Industry Report 2019/20. To download the full report for free, click here