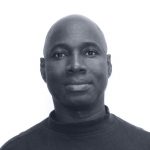 Mo, as everyone calls him around here, joined Intelligent Partnership in October 2021 as a senior editor. Prior to that, he worked in a variety of financial writing roles in the United States, France and the UK.

He started out as a financial copywriter at Agora Financial, a well-known financial publishing company in Baltimore, Maryland. A native Francophone, he was later transferred to the company’s Paris branch to train a team of copywriters.

Subsequently getting a master’s degree in financial journalism at City, University of London, Mo covered several beats for a number of London-based news organisations. He has extensively written about bankruptcy & restructuring, trading & investment, fund management, M&A, banking & payments, among other financial areas.