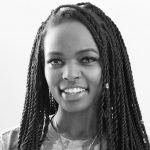 Julianne has worked in a variety of industries. Her first job was at Twickenham Rugby Stadium working in hospitality during the rugby season and smaller events. Before moving to The Indagate Group, she worked at Thorpe Park, where she worked at The Kiosk and The Coffee Shack before it closed for the season.

In her spare time Julianne thinks about being active while watching Netflix and playing games.